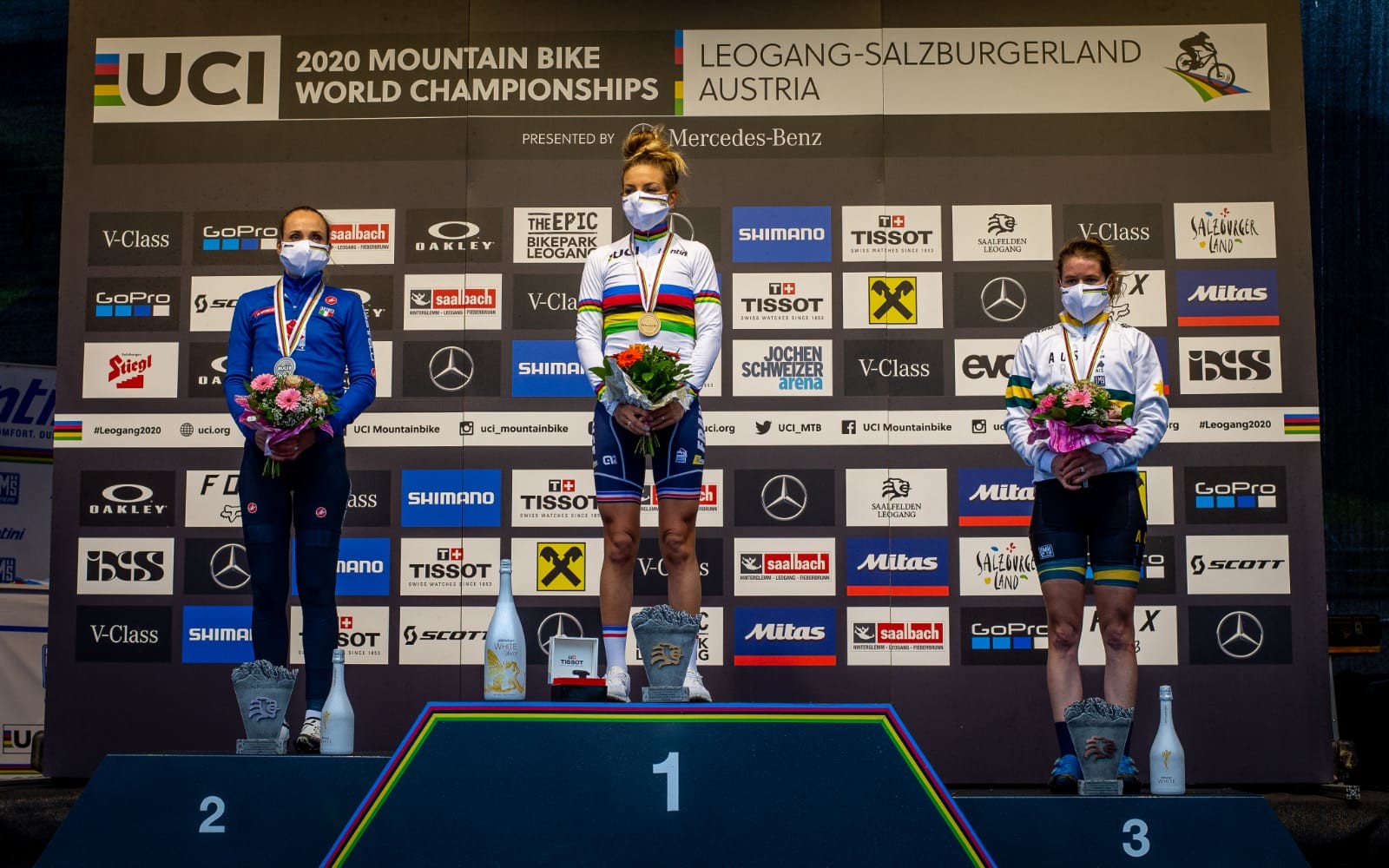 For the second year in a row, battling Rebecca McConnell found herself on the podium at the UCI Cross-country World Champions. After her bronze medal in Mont-Sainte-Anne, Canada in 2019 the Mondraker Podium rider was near the lead of the Elite Women’s XCO in Leogang, Austria, 2020 for the whole race, and repeated the achievement, with another bronze.

“Never in my wildest dreams had I dared to dream of a medal at the World Championships, and now at the end of this crazy, unpredictable and tough year I have a second Bronze medal,” said Rebecca. “To do it once was enormous and now to back it up again in another dramatic race. I don't know what to say!!!”

It’s a result that demands the utmost respect, not least from the other 50 riders strung out behind her on the Austrian mountain – friends, rivals, World Cup winners and former world champs – many of whom she lapped in Saturday’s strength-sapping conditions. Bec was in 2nd for four of the five laps before a last-lap scrap with Italy’s Eva Lechner – the two swapping positions before a split-second finish line sprint decided the color of the medals.

It was a thrilling way to end the short XC season that saw Bec back up her Nové Město na Moravě World Cup 5th place on the full-suspension Mondraker F-Podium with the Leogang 3rd position on the hardtail Mondraker Podium.

Also on the Mondraker, Dan McConnell paced his effort perfectly, with metronomic lap times, and as most of the rest of the field slowed in the mud, he picked up places every circuit to finish 16th, with an impressive average speed above 15kph.

The Aussie triple Olympian said: Crazy! It was an emotional, unbelievable day with Bec finishing an exciting 3rd and on the podium again for the second year in a row, that's before I even took the start! I was really happy with my ride, working my way to 16th on this crazy course! “

Githa Michels – Primaflor-Mondraker-XSauce team-mate and Belgian champion – finished a creditable 25th, after circulating in the ‘teens’ for much of the race, on a day when a number of big names recorded a DNF. 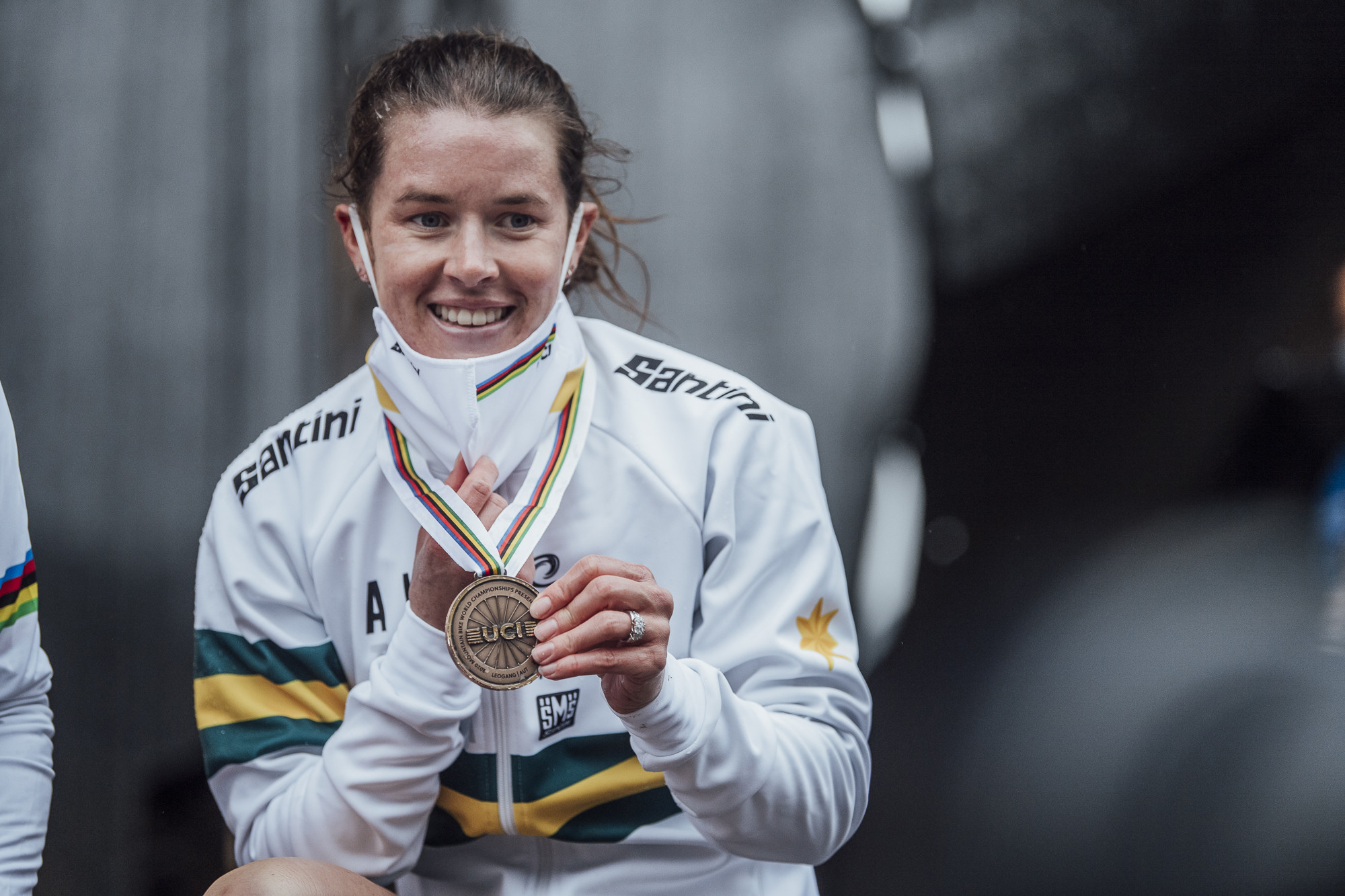 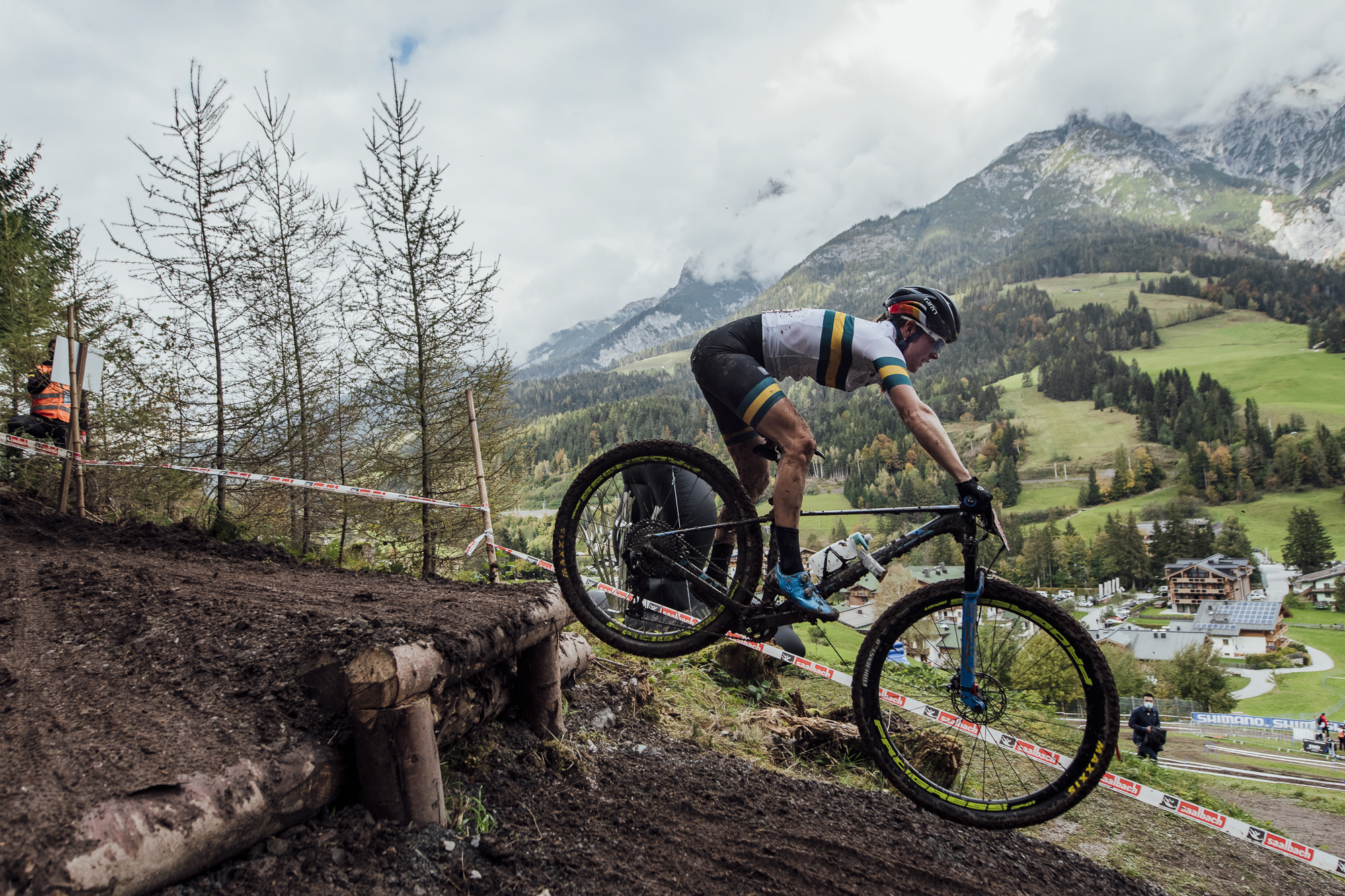 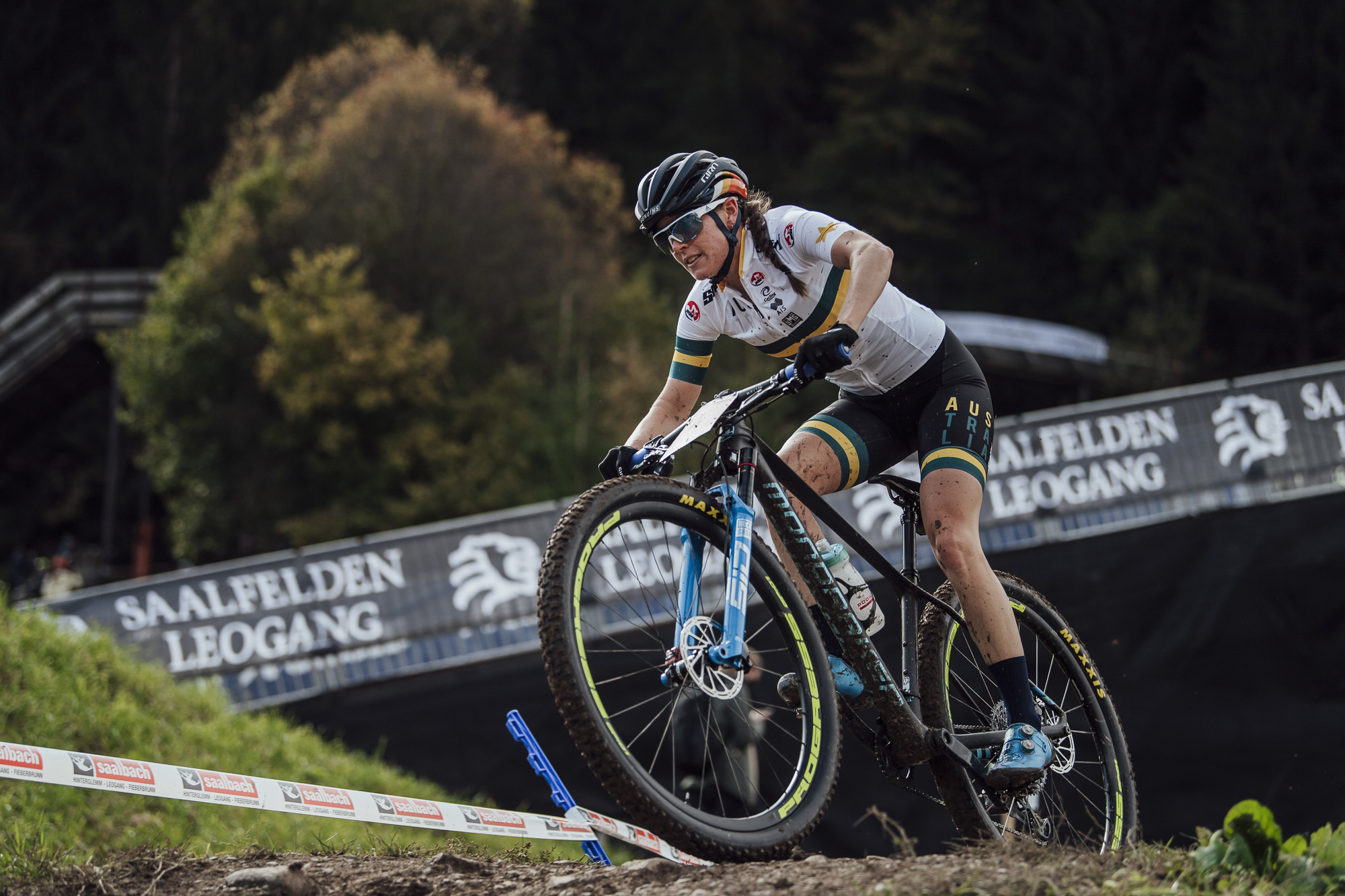 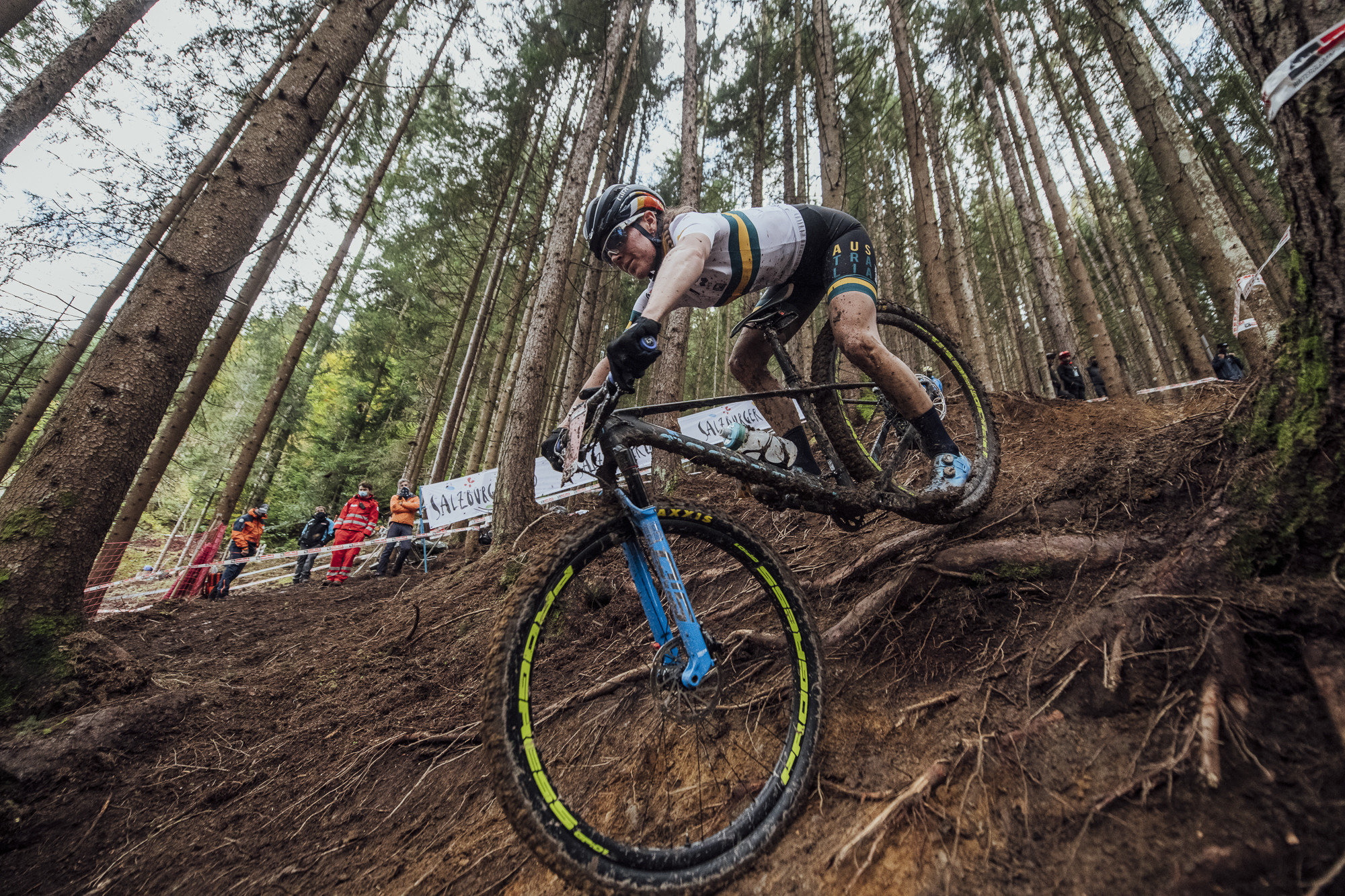 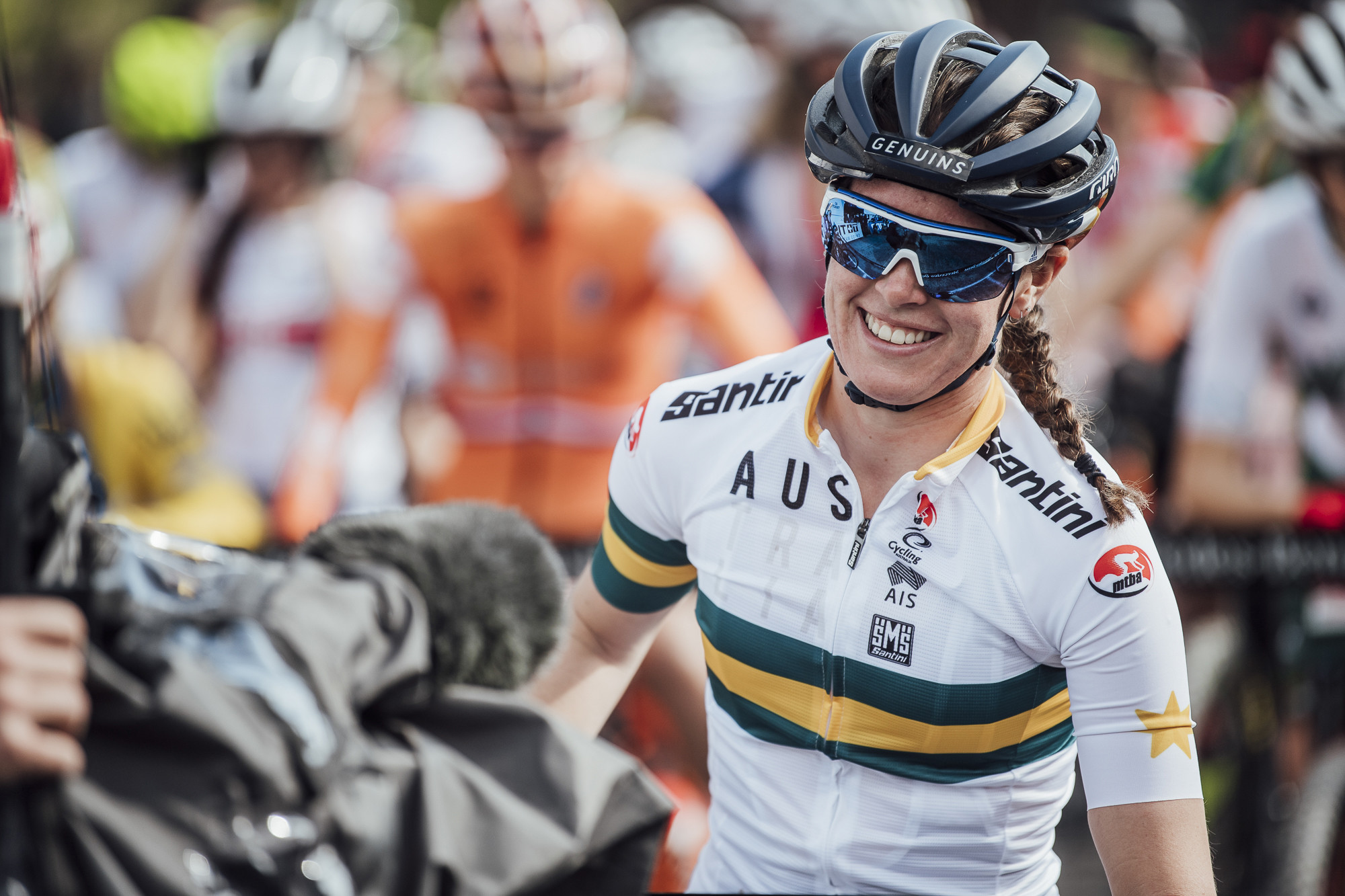 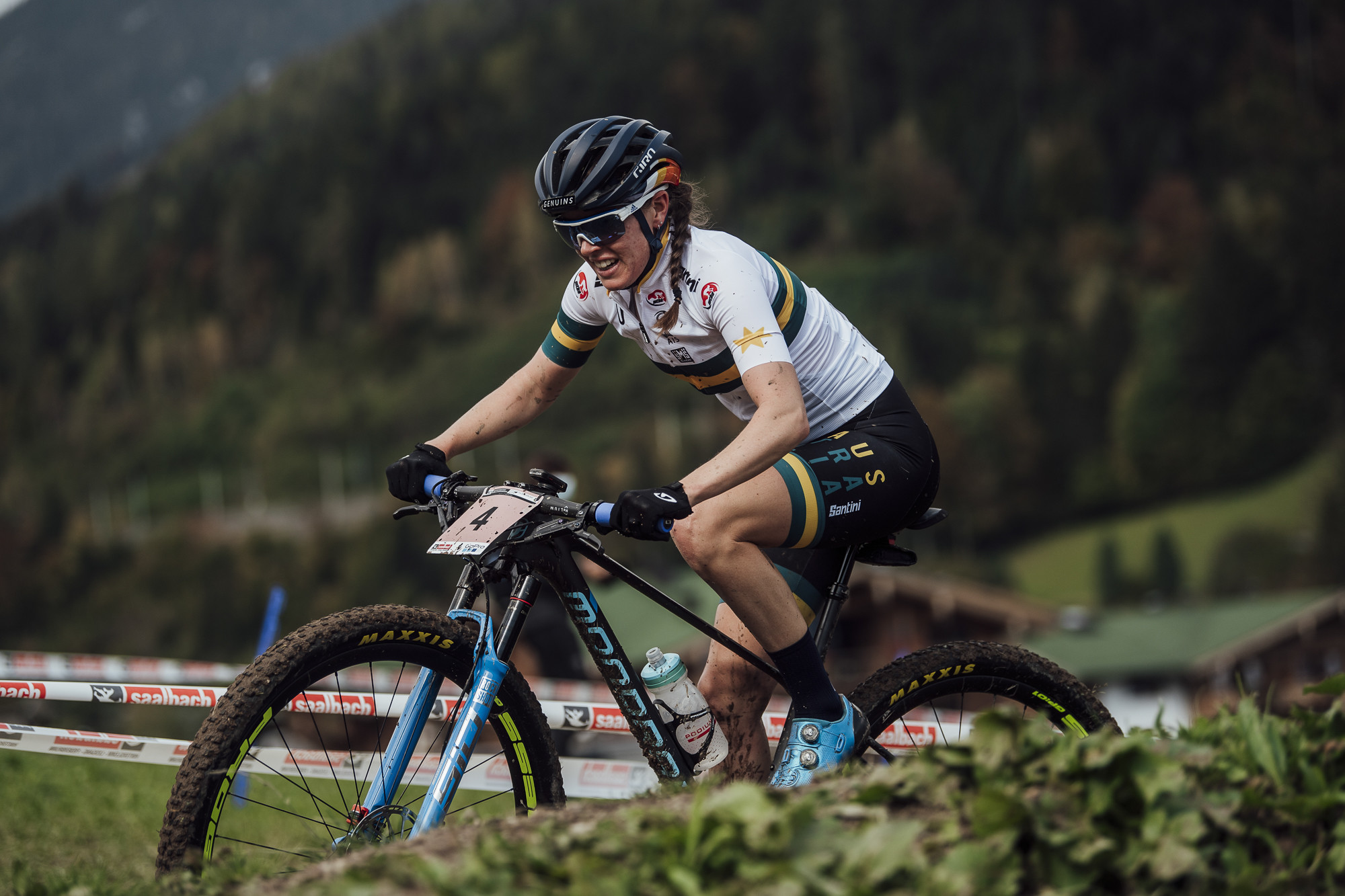 After the XC success the World Champs downhill finals on Sunday 11th were a muddy mayhem, with the struggle to stay upright crucial in the battle to get to the finish line in the fast time. No-one stayed upright, and the leaderboard was decided by who spent least time on the deck.

After the team’s return to top-level racing at Crankworx Innsbruck – where Eleonora Farina and Laurie Greenland both took their alloy Mondraker Summums to podium finishes it was another strong quali ride by the Italian, 5th quickest.

Laurie and Brook Macdonald both DNF’d in an increasingly muddy qualifying. Both being protected according to their high UCI ranking positions, they got to compete in the finals, but the Brit’s fall had resulted in a dislocated thumb and torn ligament… but he decided to have  support taped around it and compete anyway!

Both Men’s and Women’s finals got increasingly cut up, and with the higher order riders running last, conditions were brutal. It was Eleonora’s turn to join the bad luck club...

“I went over the bars because my front wheel stopped turning. It was full of mud and a rock got stuck between tire and fork! But I’m so happy with my riding all over the week and with the progression we did!!”

It was great to see the affection for Brook back in the Worlds, but after more slipping and sliding he reached the finish with one glove, one big grin and acknowledgement for the bigger win:

“What a week! Nothing comes close to the feeling of racing World champs again this achievement to me is the biggest win in life.”

When Laurie’s aggressive start went the same way as so many other world class riders, it was clear this was one weekend to put down to experience.