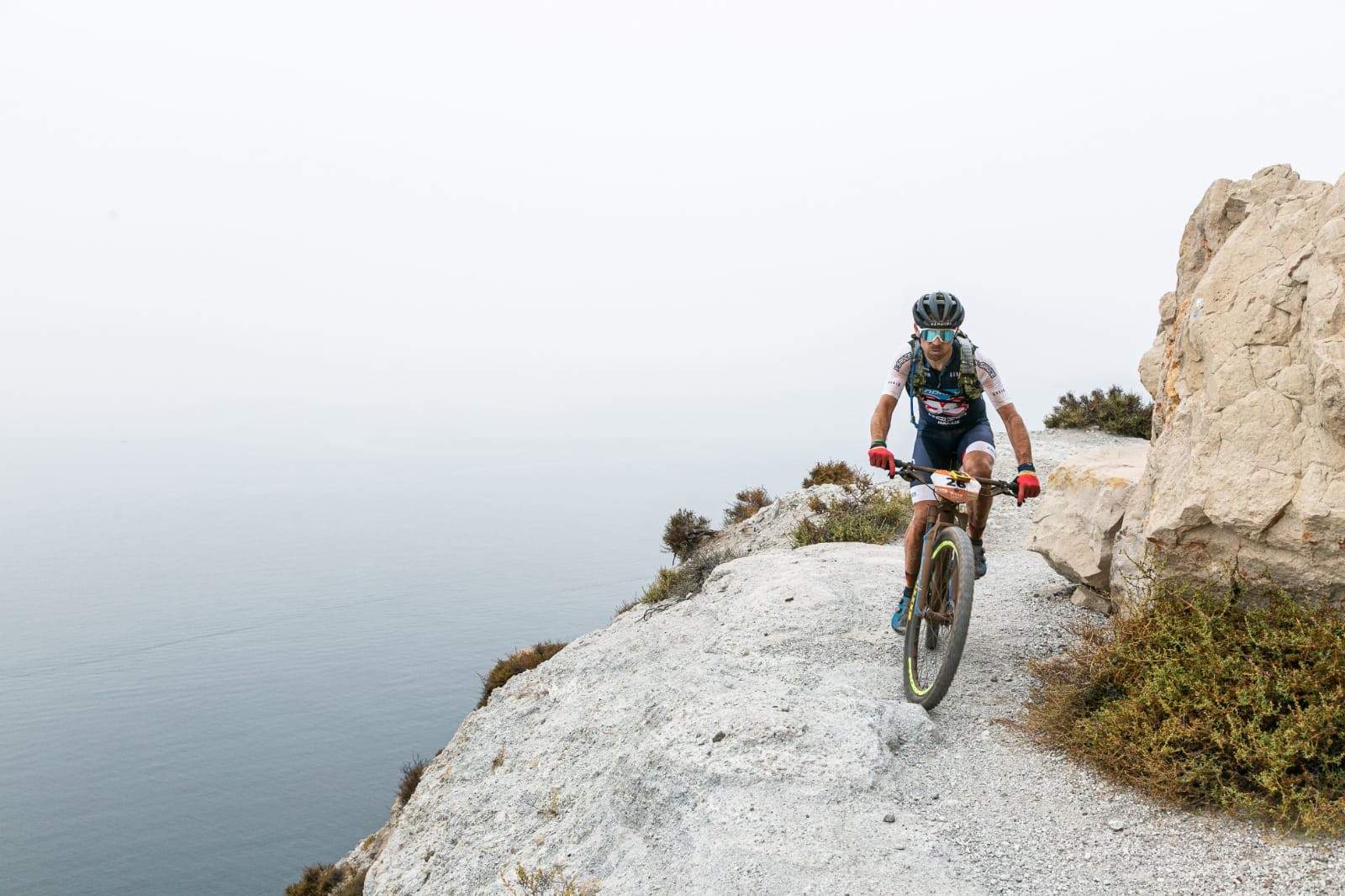 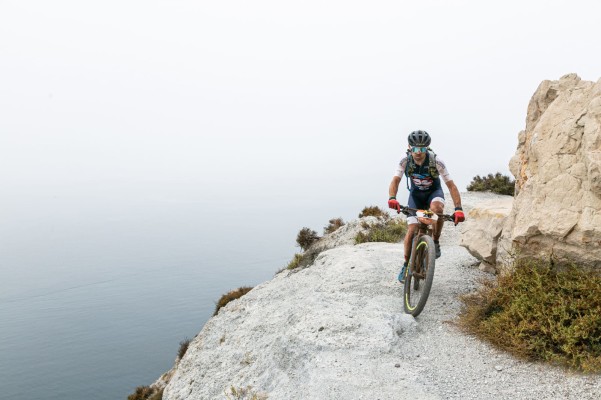 We’ve been following the Titan Desert race with excitement this week, with Primaflor Mondraker XSauce riders David Arroyo and José ‘Quillo’ Marquez taking the fight on every day and taking to the podium!

Riding their Mondraker F-Podiums, the Vuelta a España stage winner and the four-time Spanish XC champion make a formidable pair in the 5-day multi-terrain desert and climbing race, which has been rearranged this year from its regular slot in Morocco’s April to a November in Almeria, southern Spain. David finished with a superb 3rd overall and 2nd in his class, while José took a fine classification stage win as he got stronger throughout the week, with a final 6th overall in class.

David set the tone with a blistering start, tackling stage 1’s 100km distance with 1517m elevation gain in 3hr 49’15”, at an average speed of 26.69km/h. That meant he finished 5th overall (of 280 riders) on the first stage – less than 1min behind the early overall leader and one position behind the reigning and four-time champion Josep Betalu. That also put David 2nd in the Master 40 Men standings (of 97 riders), while José finished the opening stage in 19th.

On Stage 2 the two Mondraker riders set out in the start-studded lead group, crossing CP1 together a few places in front of Sylvain Chavanal and three minutes ahead of Miguel Indurain. After 65km and an altitude gain of 1,800 metres, David (wearing bib no 26) came in 5th in the Master 40 Men category, safely in the lead group. They ended the day 2nd and 6th in the Master 40 Men.

On the 93km stage 3, José (bib no 23) took a fine second place with David 6th in the Master 40 Men. Thursday’s queen stage, which was due to be 106km long packing in 2307m of ascending, was cut to 56km due to adverse weather, with both men splashing through the mist, rain and puddles on their Mondraker F-Podiums. With legs stinging from the hailstorm, José won the stage’s Master 40 Men classification in 2hr 15’44”, with David finished second on the day behind him!

And so the adventure came down to the fifth and final stage, 64km long with more than 1200m climbing in legs that have taken a pounding over the week. With the weather improved they hit stream beds, pavers and a stony ascent, through Control Point 1 in the lead chasing pack, giving way to a softer descent to the seafront in El Toyo. At the line David was still with the leaders, averaging almost 29km/h, finishing the stage in 5th, confirming 2nd in the Master 40 Men standings, and 3rd in the overall rankings. José finished the stage in 7th, 6mins back, consolidating his 6th overall in the Master 40 Men. 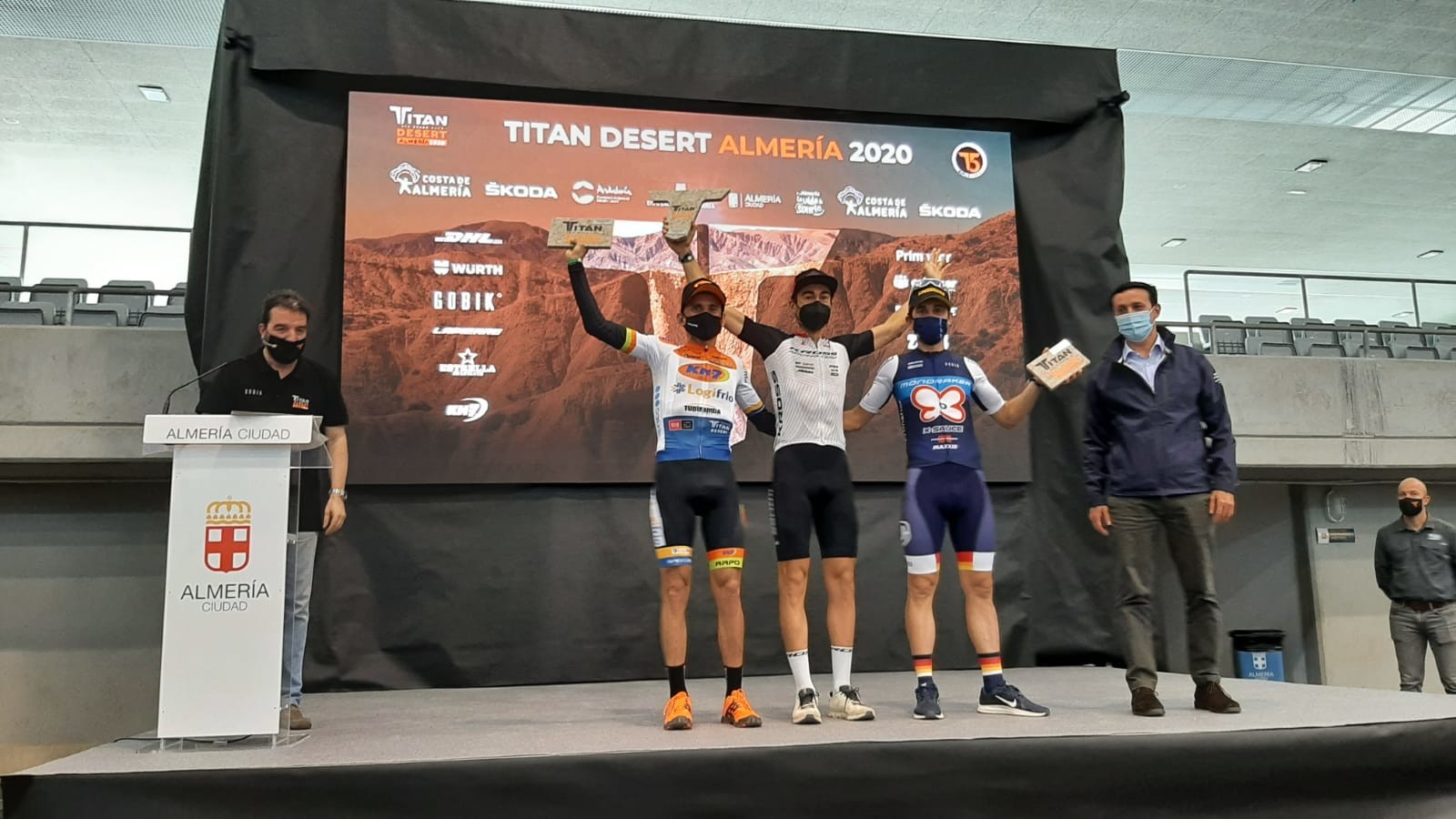 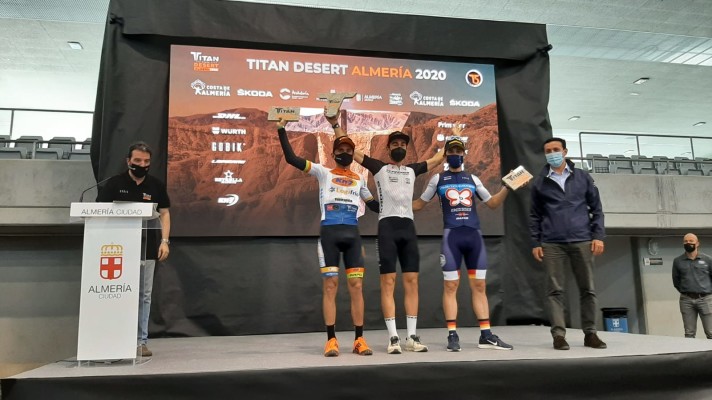