Mondraker is celebrating 20 years since its inception. Two decades of passion, of hard work, of desire. Of innovation, breakthroughs, frustration, determination, resolve and ultimately, pride. Our relentless drive comes from an unquenchable thirst to design the best handling mountain bikes possible; to develop bikes without compromise; to make bikes that make the difference. Bikes that win.

At the turn of the millennium, Paco Sanchez and Miguel Pina started following their dream path. Miguel, a mountain biker, downhill racer and, back then, working in a major Spanish cycling industry distributor, set about developing a new MTB brand… a brand that would create unique bikes more capable than what was on the market in the early days of the 2000s. A brand that was born from passion: Mondraker.

It was an exciting time for mountain biking, but also one when rider ability tended to outshine their bikes, which were tall, short wheel-based, made of metal and rolled on 26-inch wheels, whatever discipline you rode. Mondraker – which Miguel, Mondraker’s CEO, named after the comic character Mandrake, “The magician” – set about shaking this up, of delivering performance for the mountain bikers who, whatever they called their kind of riding, all wanted something… more.

Right from the start, Mondraker hit the gravity scene hard, and we stayed close to racing for testing and development, producing bikes that reflected the way we rode. Four of our first seven models were suspension bikes; the DNA being “gravity and racing orientated”.

The very first ever Mondraker bike was the Petrol, released back in 2001. A DH bike made with robust square section alloy, contemporary Horst Link with multi-pivot kinematic system, and, in a nod to the future, it featured adjustable geometry delivering different head angles, BB height and rear suspension progressivity. With its inverted Marzocchi Shiver fork, Tomás Misser raced the Mondraker Petrol, winning the Spanish Downhill Cup in 2003. 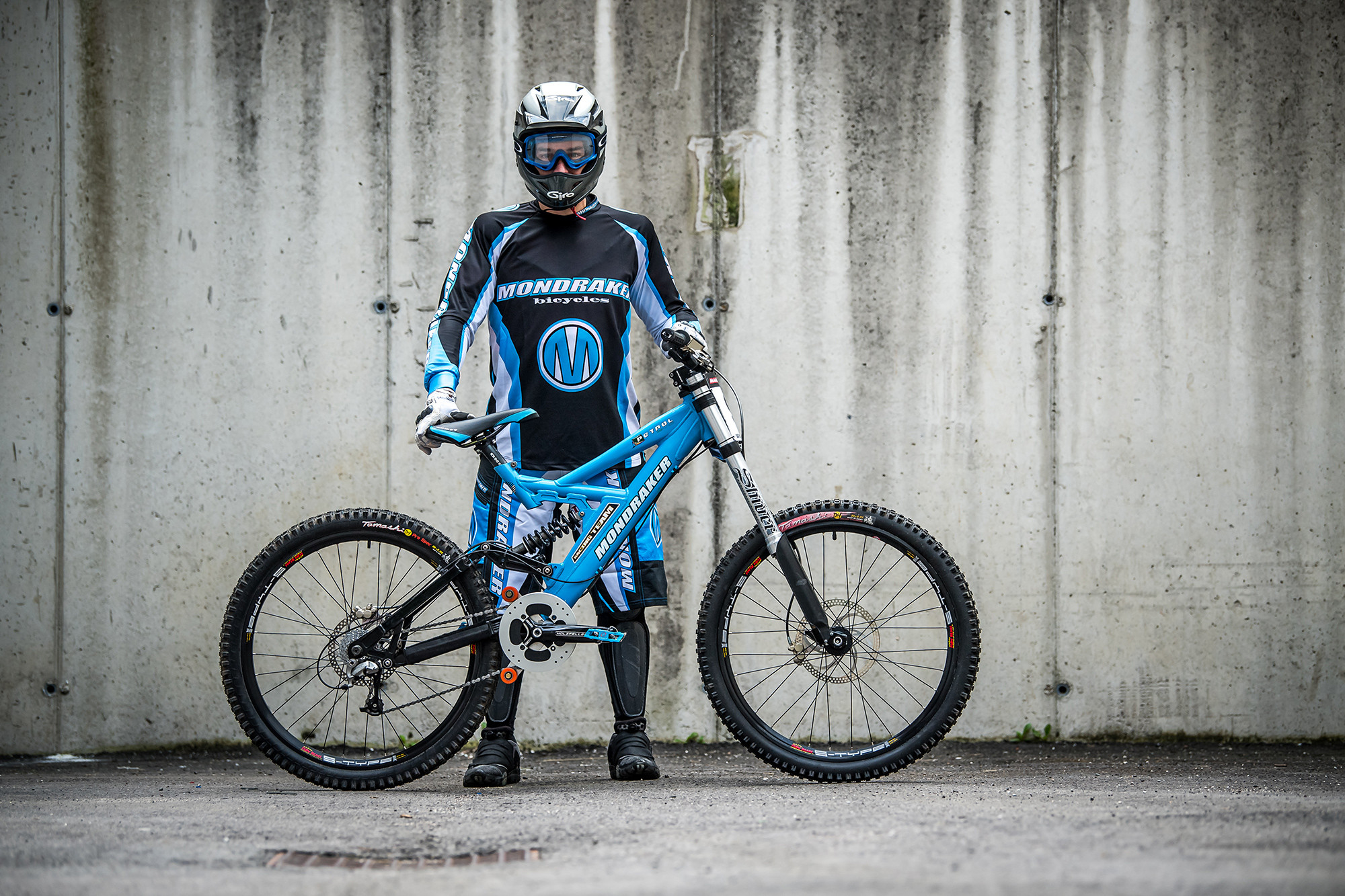 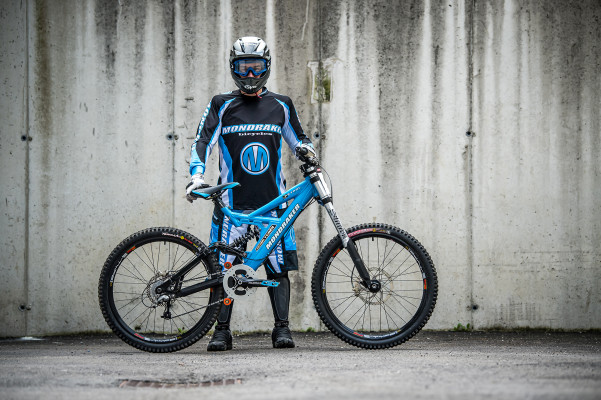 After the 160mm travel coil-shocked freeride Mondraker Curve in 2002, we introduced the 140mm Foxy in August 2003, our first Enduro / AM bike. Initially with a Horst Link 4-bar design, it paved the way for an amazing evolution of what was to become one of our best known, and longest-lasting model in the range.

The 2007 Mondraker Kaiser, with its unique monocoque frame design, was the evolution of the original Petrol DH bike. Raced to World Cup success by a young Florent Payet and World Champion Fabien Barel, it had an adjustable geometry and raised the bar on racing performance.

We invested significantly in designing our own proprietary suspension platform, with former World Cup racer Cesar Rojo joining Miguel and Israel Romero at Mondraker in design, development and testing. The plan was for something unique, that would be adaptable to apply throughout the Mondraker range as an integral part of the brand’s identity. After months of development and testing the goal was fulfilled and Zero Suspension System was created; Mondraker’s most major breakthrough at that time. Our proprietary suspension system would subsequently be present on all full suspension models with superior features such as its floating shock design being compressed from both sides with a highly progressive action – sensitive, super capable and stable, unaffected by chain tension. 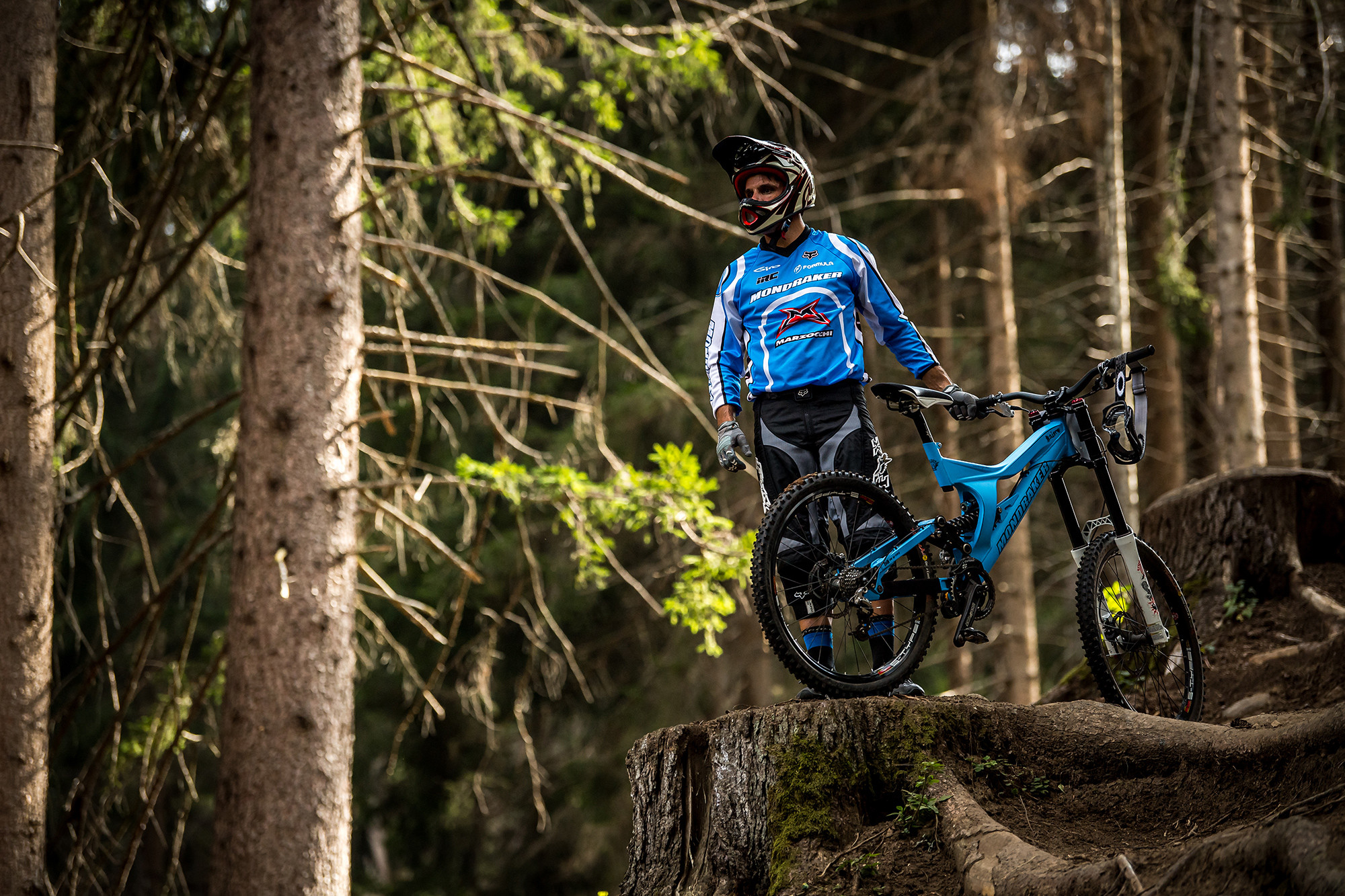 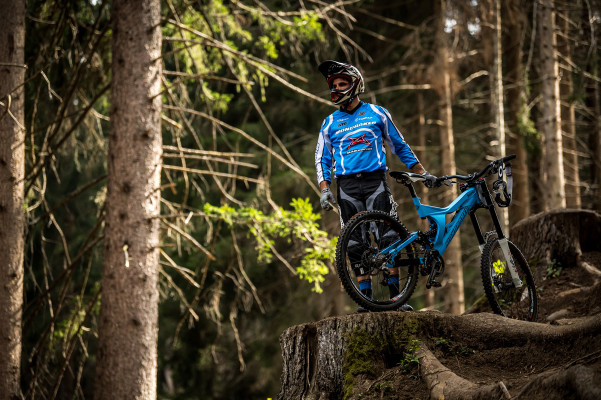 Meanwhile – always focused on the gravity scene – a turning point in the Mondraker brand’s stature was on the horizon: Fabien Barel’s 2009 World Cup victory at Maribor – our first Elite WC win! With the Subaru-Mondraker Team he was riding the prototype Summum frame featuring the new Zero Suspension platform. 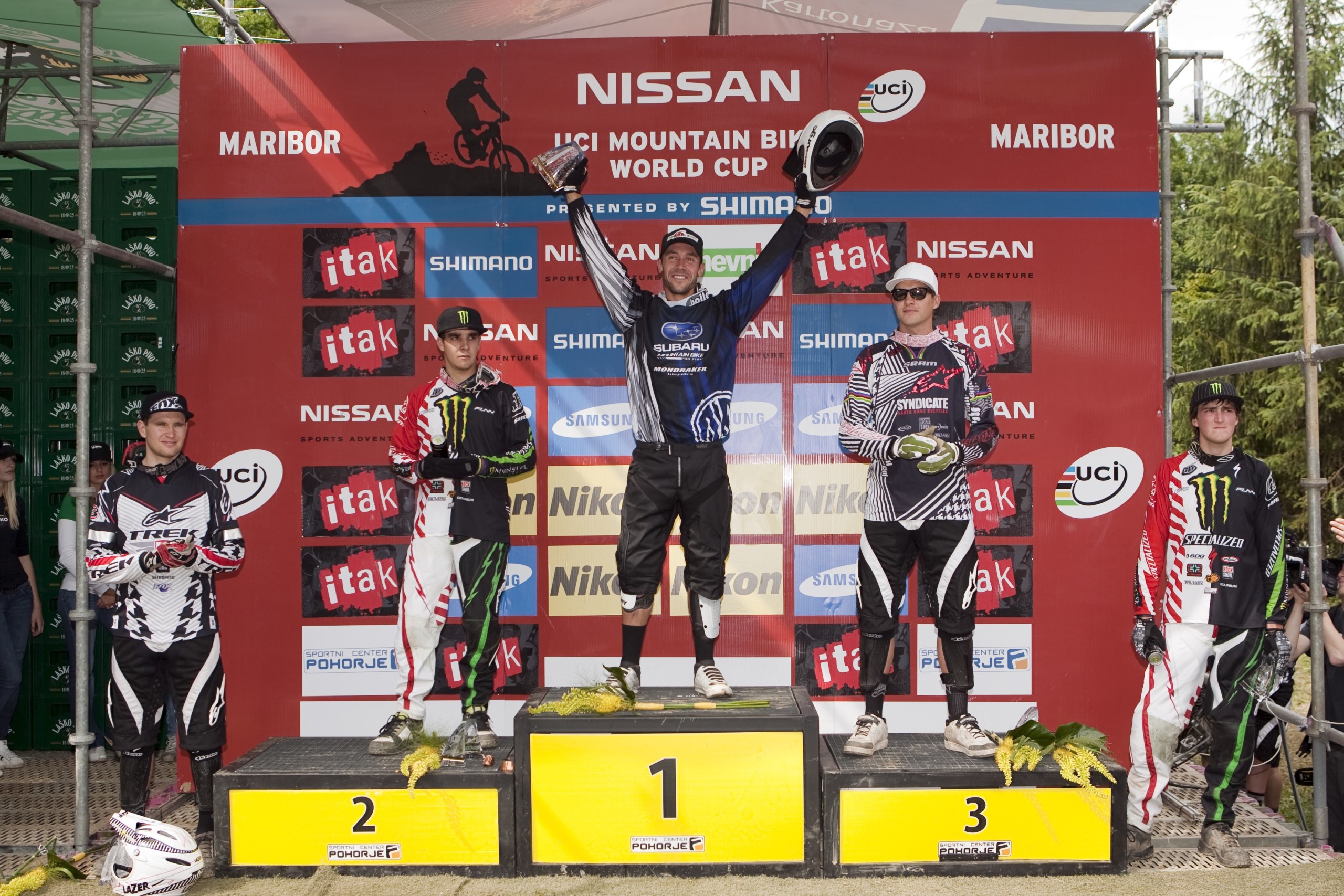 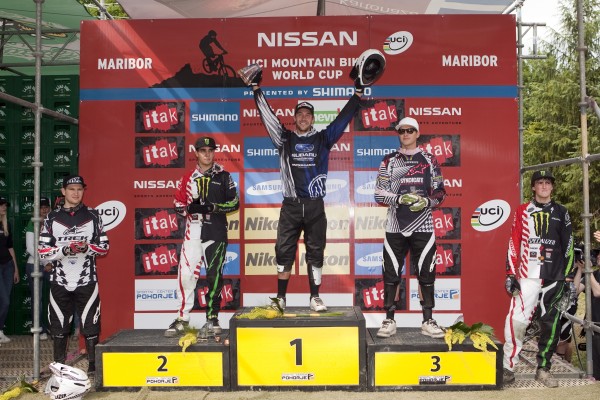 In 2009 the original 160mm-travel Dune Enduro bike appeared with the race-proven Zero suspension system, and for their 2010 models the Zero was introduced onto the Summum downhiller and Foxy Enduro bike.

As well as being a figurehead of the race team, Fabien Barel contributed to the development team, which had been working on the Forward Geometry concept – reducing stem length and increasing the bike’s front centre measurement – a radical development that would revolutionize mountain bike geometry. Forward Geometry went into production in 2012 with the Factor XR, Foxy XR, Dune XR and Summum frames.

A brand that was born from passion: Mondraker

With its superlight Stealth Alloy structure, the 2012 Summum Pro Team was the lightest DH race bike in the circuit (until the arrival of the Summum Carbon!). Emmeline Ragot rode it to World Cup victory at Fort William and Brook McDonald to his first World Cup win in Val D’Isere. With ground-breaking geometry and Zero Suspension, we made the same bike raced by the World Cup winners available to the public… and it was the same bike that Markus Pekoll rode to win the European Championships in 2013. 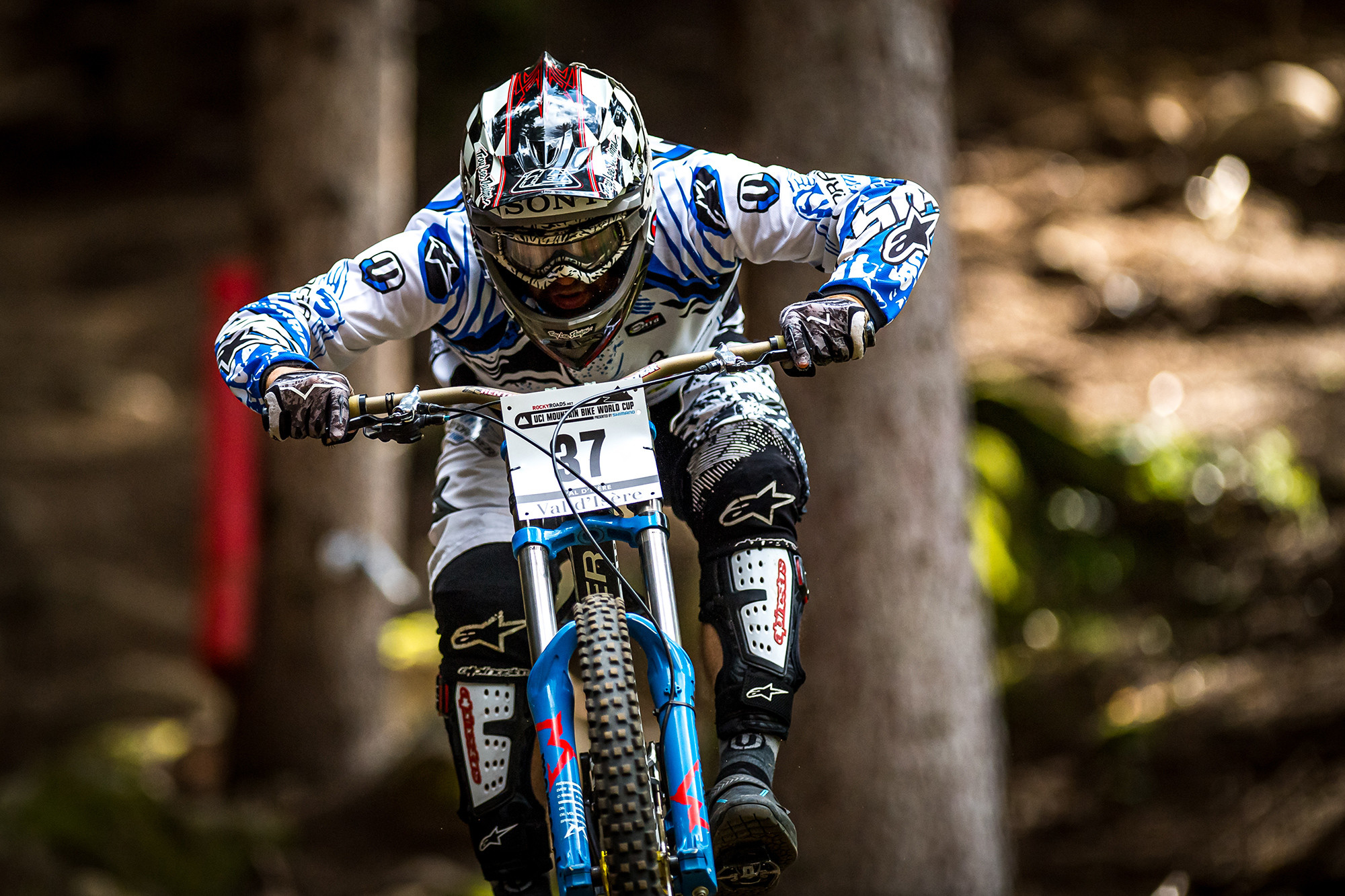 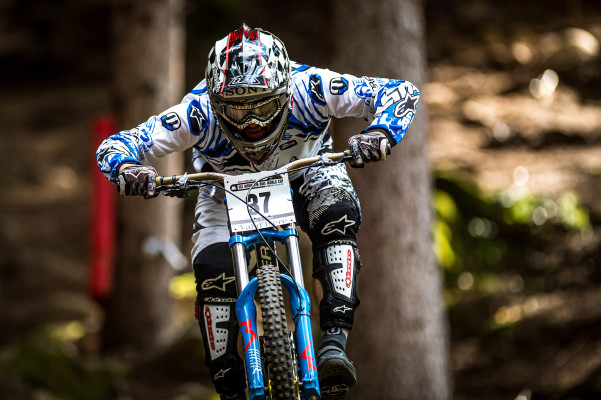 The 2012 Podium Carbon was a step-changer for our XC hardtail bike, based on designs chasing down a “whole new level of frame and stem integration” – which became the integrated IST stem – and the first publicly available model showcasing Mondraker’s Stealth Carbon manufacturing process. Different iterations, introducing 29er wheels and stem length options gave way to an updated design in 2017, which is the basis for the MY2020 Podium Carbon.

Taking Stealth Carbon to the Enduro market was another pivotal move, with the unveiling of the 2015 Foxy Carbon in the springtime 2014. “It’s the most balanced bike that suits the most riding styles… The Foxy was the turning point from the high-end aluminium bikes we were making to high-end carbon fibre,” said Miguel. The Foxy Carbon found its place as the most versatile Mondraker bike, winning hearts worldwide. And as Israel says, “Even today for us at Mondraker, Foxy Carbon keeps being our benchmark; the best bike to ride if you could only own one mountain bike.”

2015 saw the introduction of the first Mondraker e-bike collection with 27.5”+ hardtails and full suspension AM models – and a fat bike. For the challenge of accommodating the Zero Suspension on a bike with a motor and a battery we found an R&D solution for the first generation of eMTBs, equipping them with the first ever Forward Geometry eMTBs in the market, back in 2016. 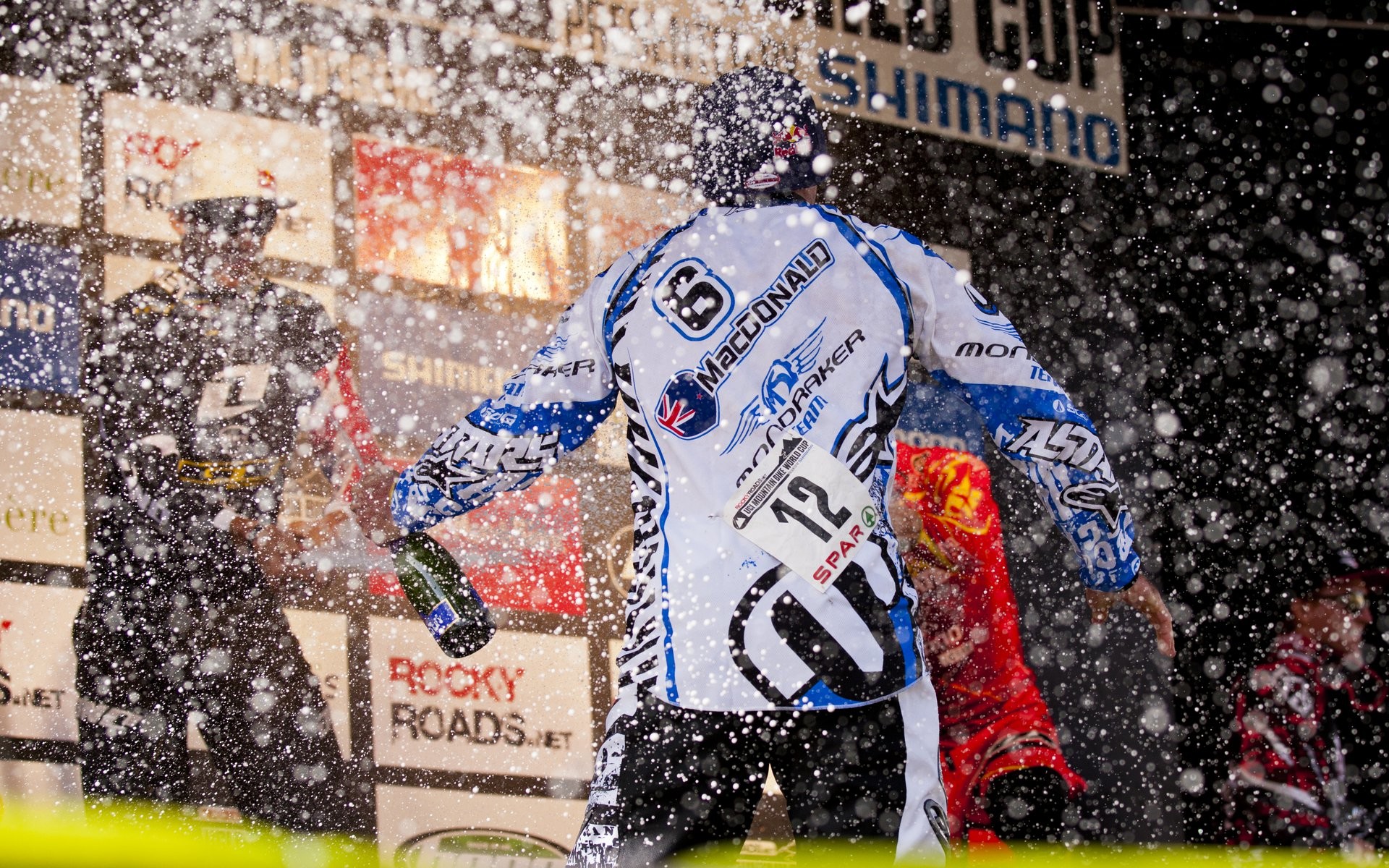 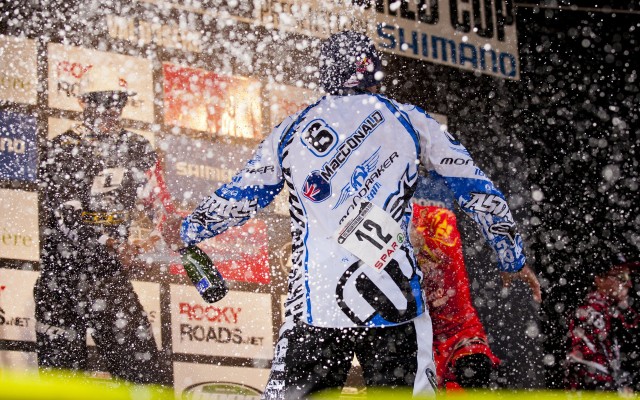 Away from electricity and back in gravity-powered competition, with its superlight Stealth Carbon, Forward Geometry and Zero Suspension System, the 2016 Summum Carbon was the bike of choice for anyone who really wanted to win… with the DH World Championships at Val di Sole delivering an unprecedented World Champs 1-2-3 for Mondraker riders: Danny Hart, Laurie Greenland and Florent Payet filling the Elite Men podium in Italy! Hart had the Summum Carbon dialled all season, winning three World Cups at Lenzerheide, Mont-Sainte-Anne and Vallnord, and Mondraker ended the season as the number 1 ranked team. 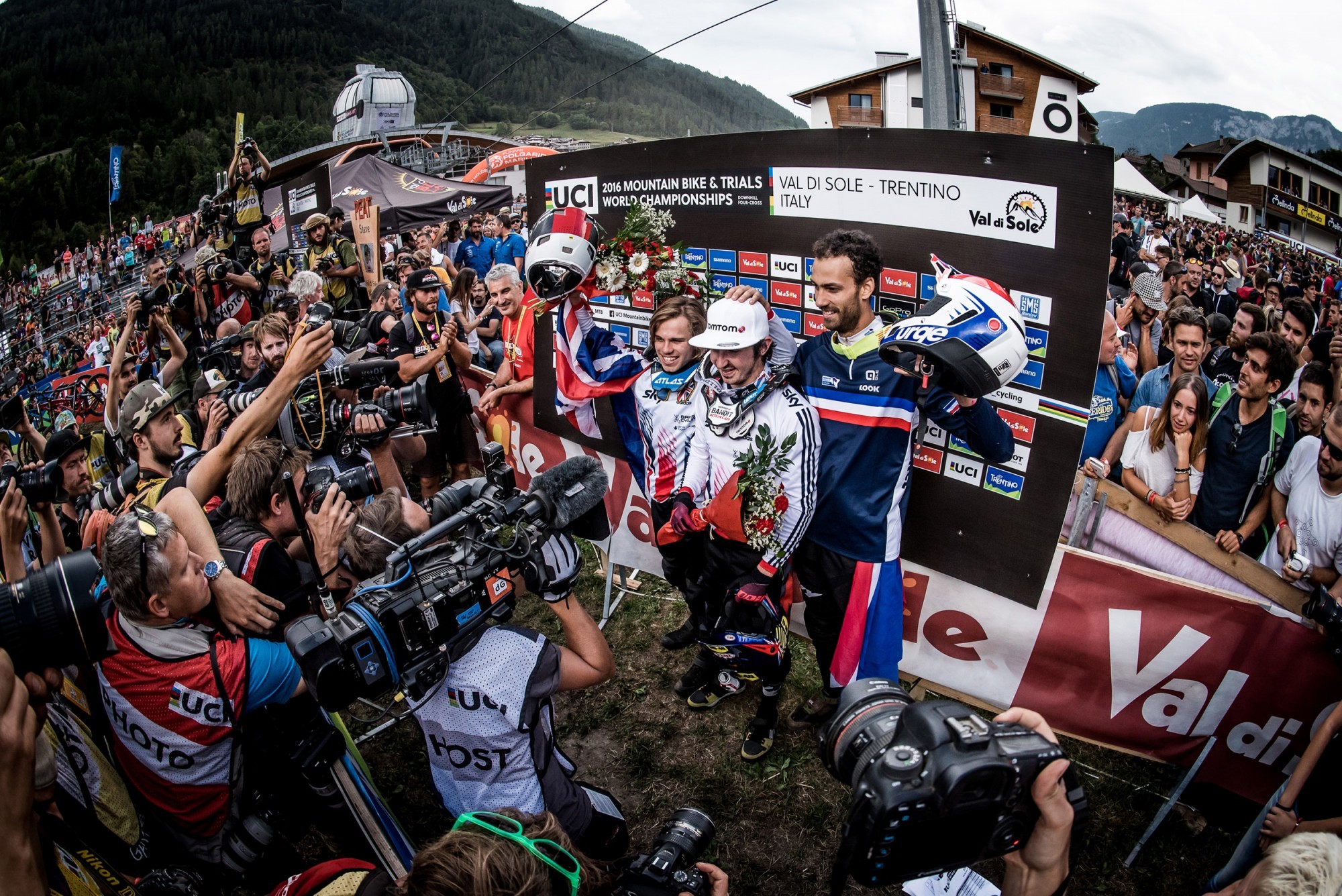 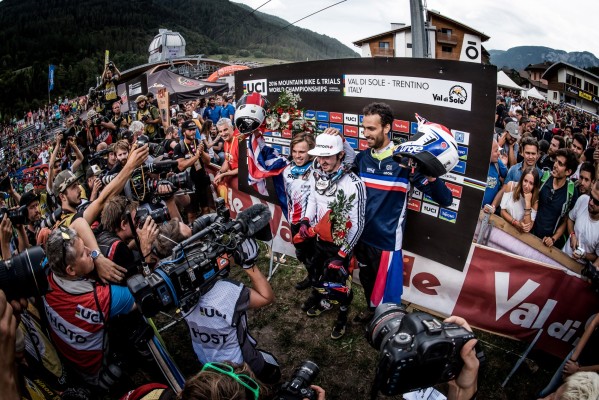 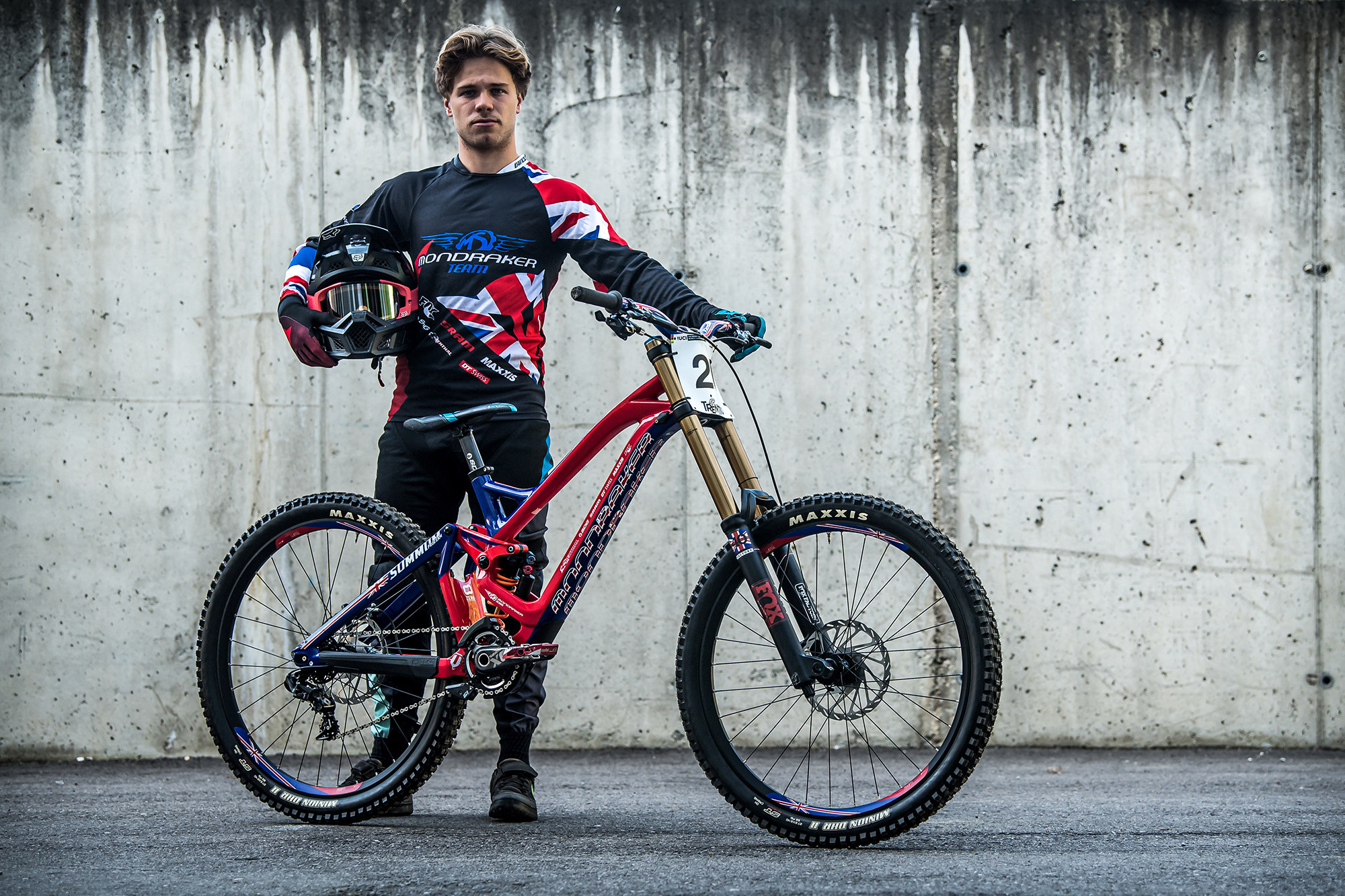 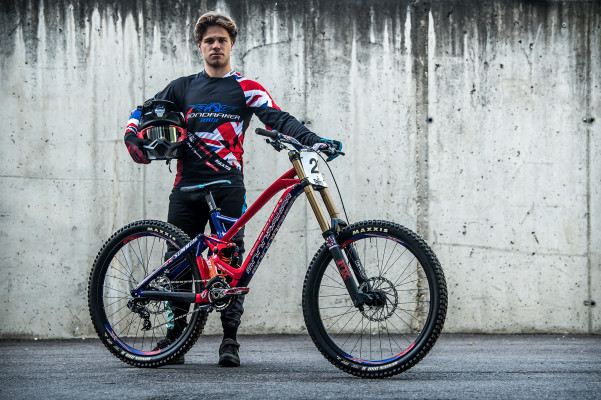 The next iteration of the Summum was raced to several podiums by Brook MacDonald and Laurie Greenland in 2018 and 2019 until the young Brit’s first ever DH World Cup win with another Mondraker victory at Val di Sole! 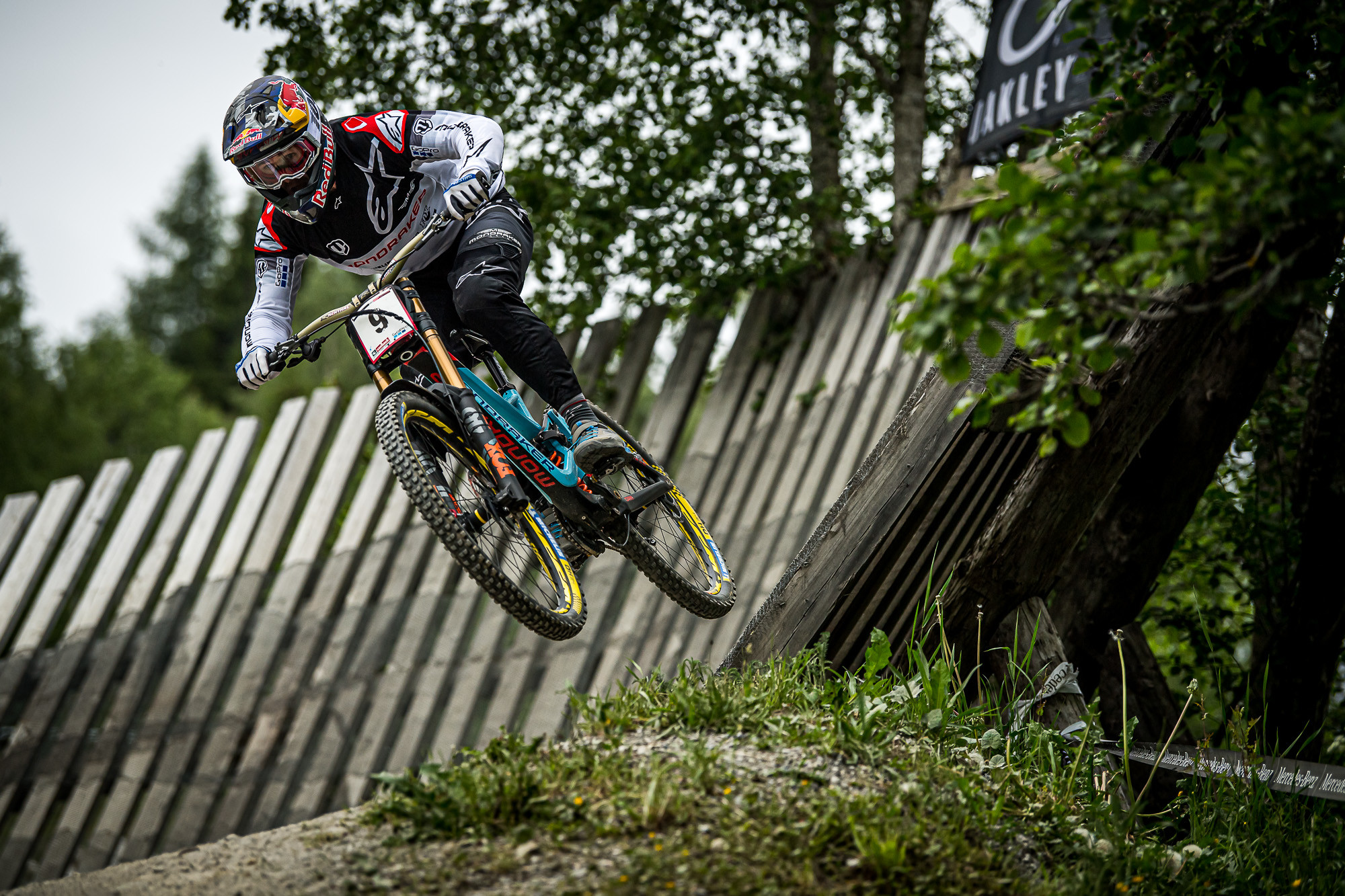 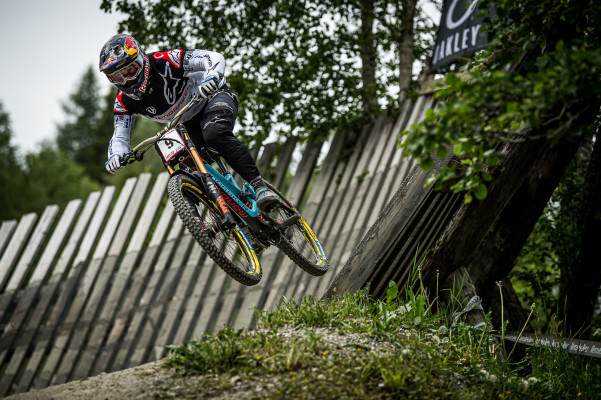 In the 2019 XCO World Cup campaign, Rebecca McConnell rode the F-Podium Carbon RR to its first World Cup podium – 2nd place in Nové Město! The Australian Champion followed it up with a supremely efficient show, bagging another “podium on the F-Podium” in the XC World Championships at Canada’s punishing Mont-Sainte-Anne circuit.

New for 2020 the SuperFoxy is a variation of the Foxy with suspension travel up to 160mm, a reinforced 157x12mm swingarm and improved kinematics. The SuperFoxy and Foxy Carbon are inspired by Mondraker’s DH roots but also feel at home in the fleet next to the winning XC bike: “Just take a look at the slender top tube profile… similar to the one we designed for the Podium Carbon,” points out Israel Romero.

For 2020, we’ve pushed the envelope with our redesigned eMTB lineup. Revamped Zero suspension kinematics designed specifically for eMTBs features a more vertical rear axle path and a more progressive leverage ratio to improve ride, traction and braking. The Crafty Carbon RR SL is the benchmark model with Forward Geometry, Stealth Carbon, 160mm fork and 150mm rear Zero Suspension, beautifully integrated 625Wh battery and Bosch Performance Gen-4 motor. Incredibly it weighs in under 20kg… putting it in a class of its own. 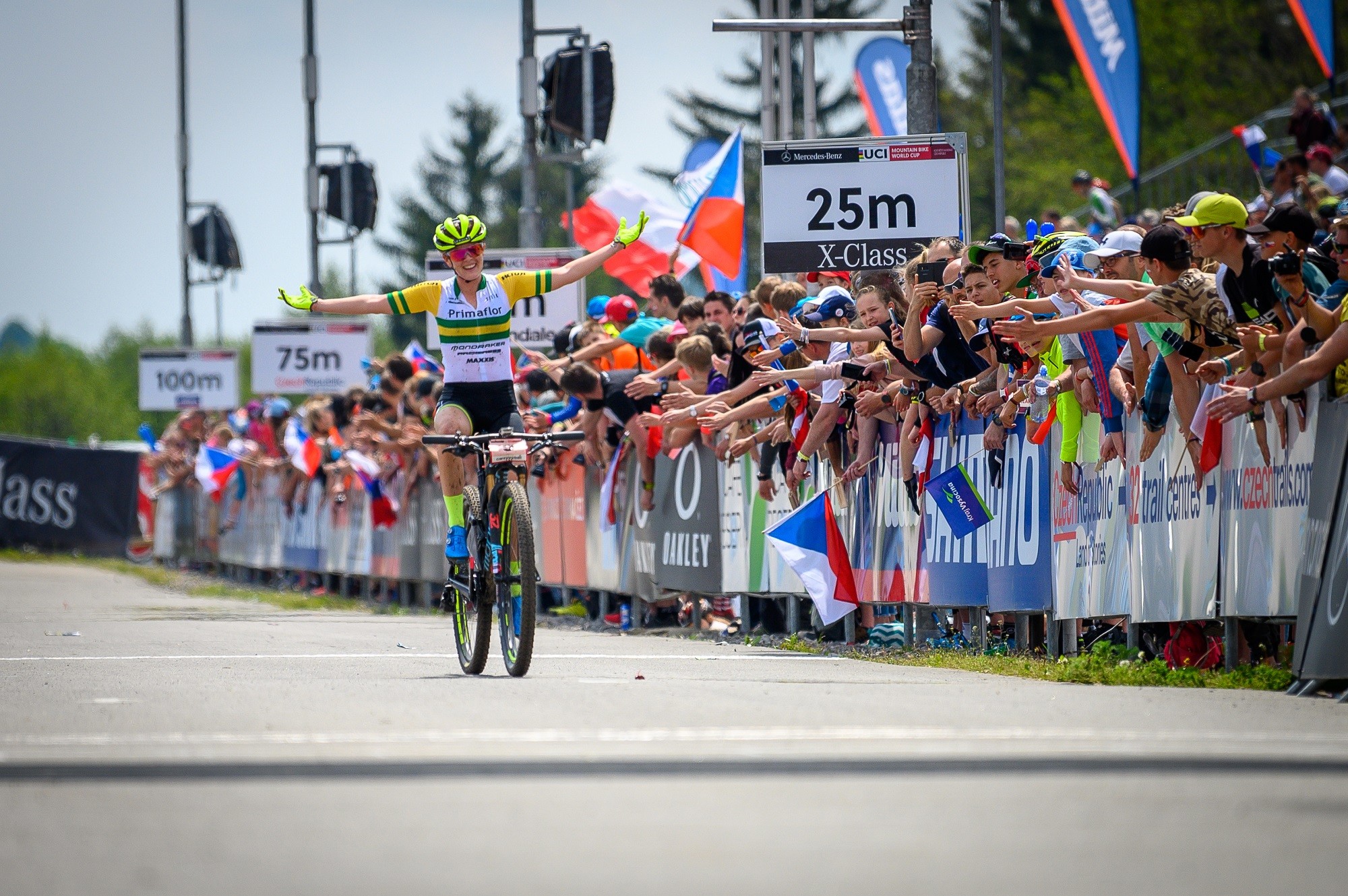 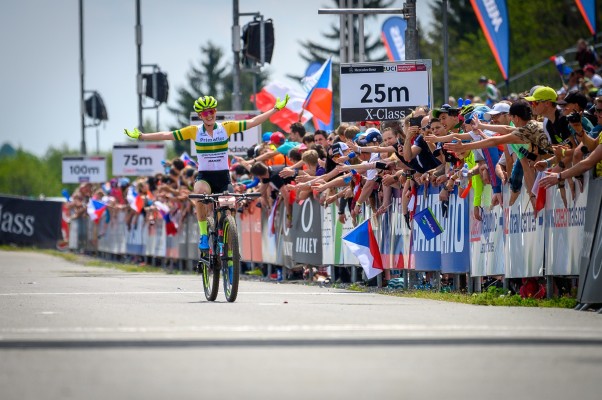 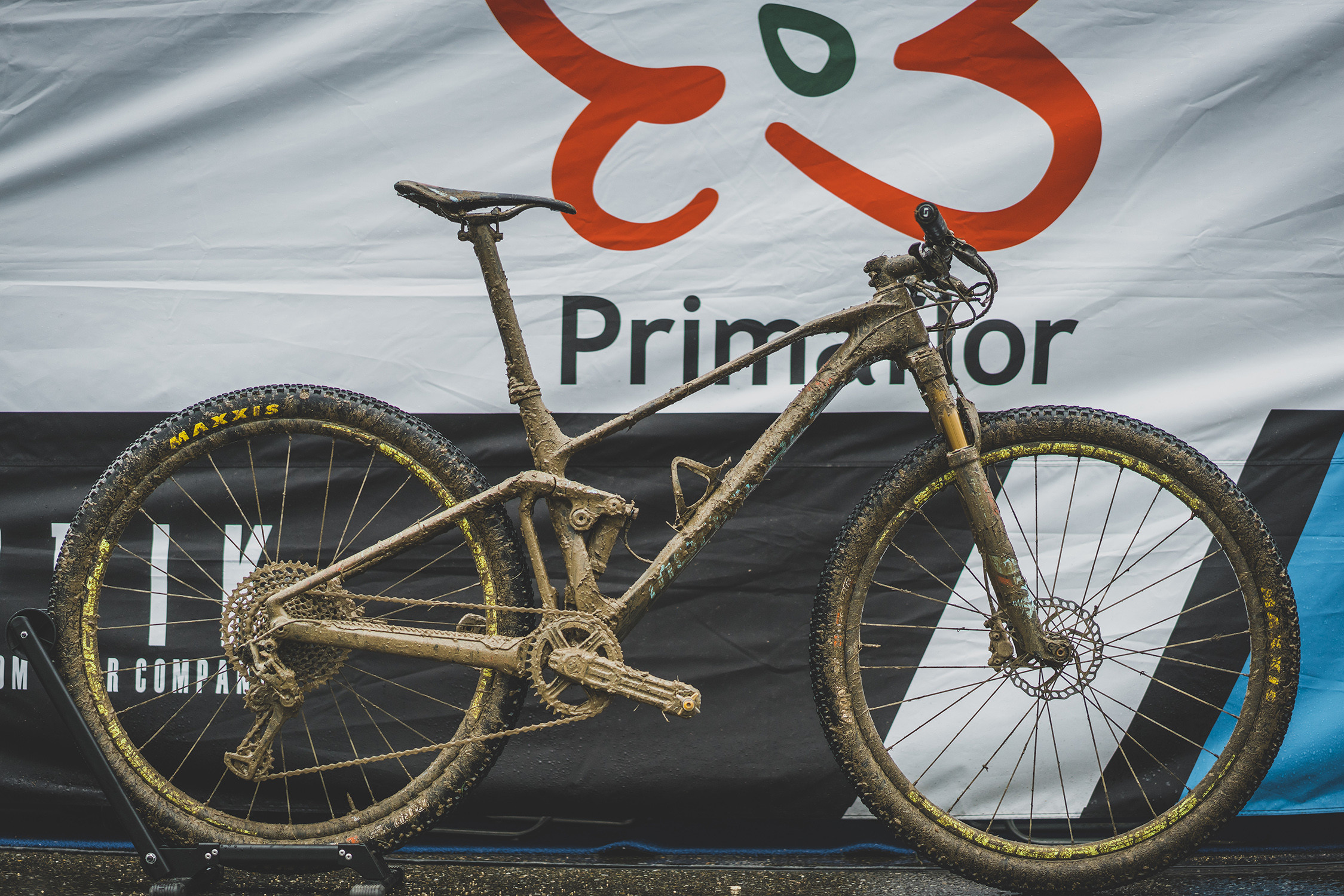 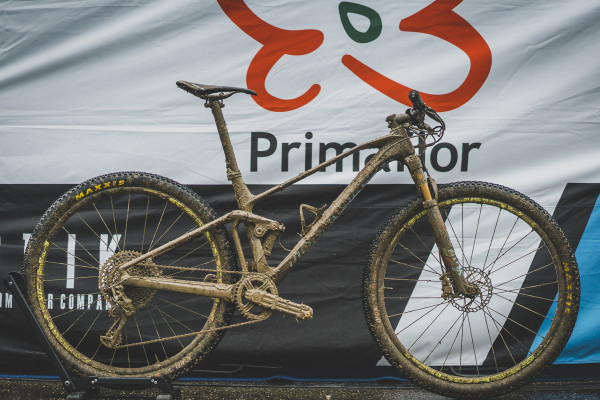 In 2020, we’re looking forward as well as reflecting on our journey so far. We’re still loving the racing, more than ever, for the excitement it gives us, as well as the development and data. We still drive forward with the same passion as we did on day one. We continue to innovate, research, test and experiment, thinking outside the box, designing and manufacturing the bikes riders want. We design bikes with distinctive looks and proprietary technologies such as Zero Suspension System, Stealth Carbon construction and original Forward Geometry, making a complete collection of cutting edge technology models that deliver the best performance and second-to-none riding experiences.

Our team is bigger and our range of 60-plus bikes more comprehensive, but we’re the same in our soul. We’ll continue to diversify with any and all off-road disciplines, never straying far from Miguel’s first dreams at the start of the millennium – offering mountain bikers something more, something different, better, faster and more exciting than whatever else is on the market – the bikes that make the difference and win. 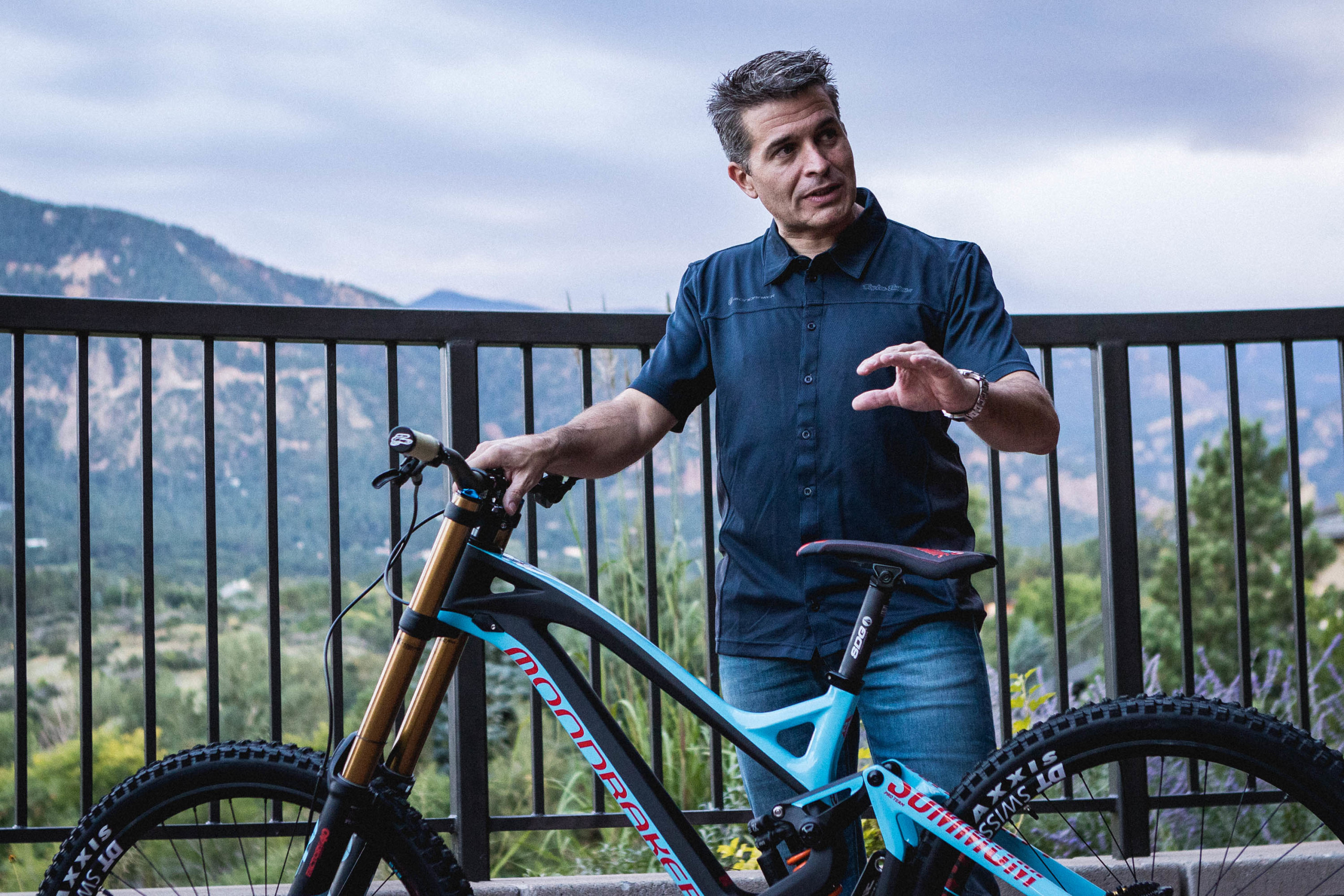 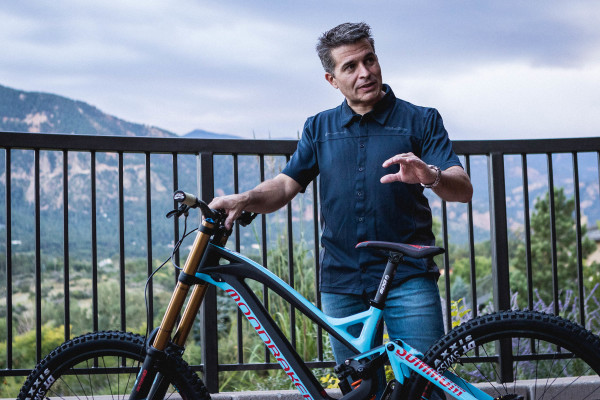