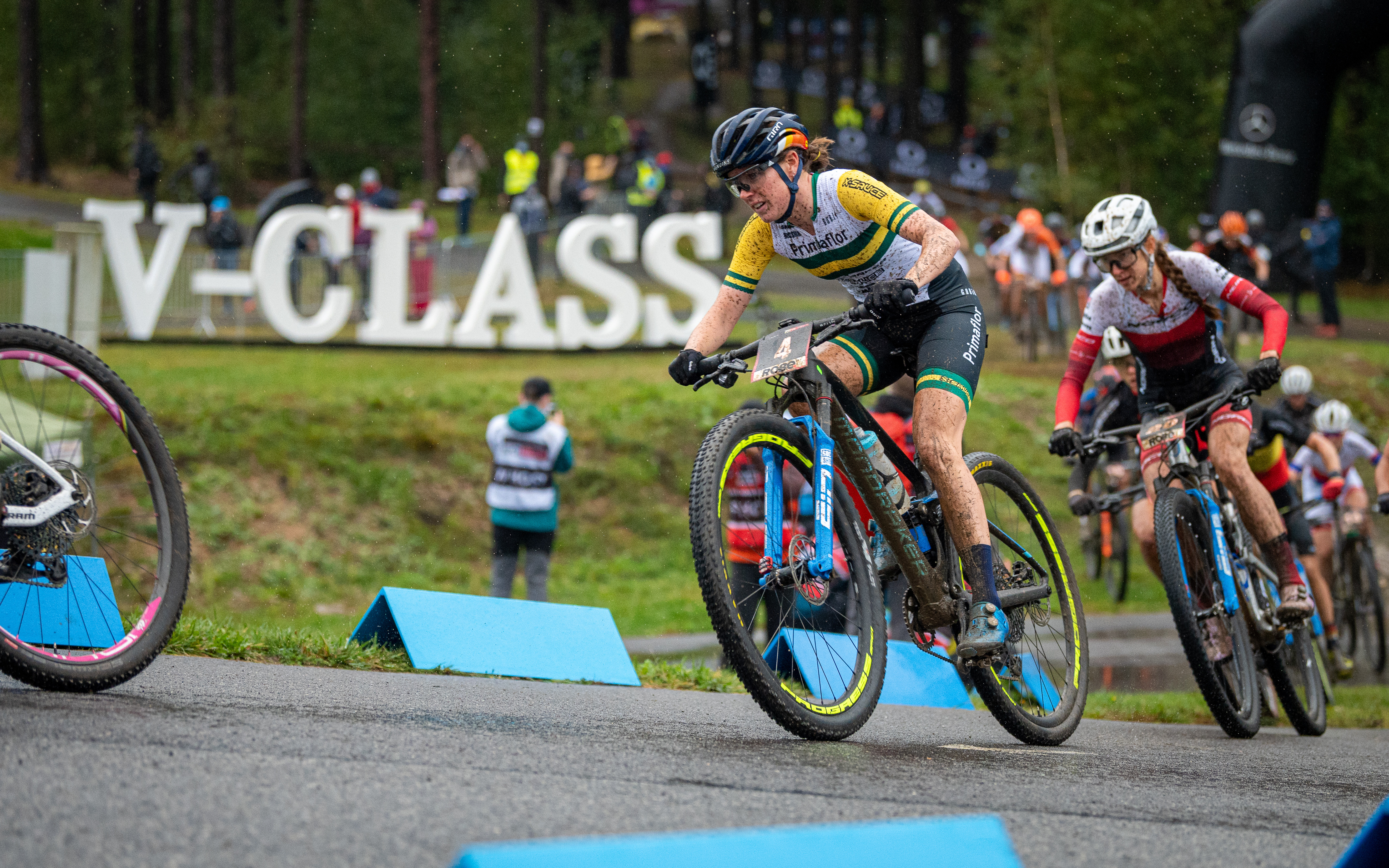 The last women’s race of the packed week saw a fast pace and the established cream of the crop rise to the top as Primaflor-Mondraker-XSauce rider Bec took fourth place on her Mondraker F-Podium, behind resurgent World Champ Pauline Ferrand-Prévot.

“I just finished fourth in the World Cup here in Nové Město, I’m really happy with that!” said Bec McConnell, straight after the podium awards ceremony.

“It was a hard day out there after three races this week already, but I’m super happy to be back on the podium and making the best of every opportunity.”

It was a battling performance over the four-race event for the tough Aussie Champion, who was super keen to follow up her podiums in both the World Cup and World Championships in 2019 with the best results she could force in the crazy truncated 2020 season.

In the first short-course XCC event on Tuesday, Bec punctured and retired, leaving her with a back-row start for the first XCO event on Thursday. And on that Olympic-distance race she pushed hard to gain places every lap, forcing her way into the top 10, and settling for 9th position on a wet, slippery track where finding traction on the rocky climbs was tough and the muddy jumps were taking their toll – and the full suspension of the F-Podium paid off.

With no points counting towards an overall World Cup series on offer from the UCI this year it was all about the individual results, so after a quick rest – 24 hours – it was on to Round 2 at the same venue. Becca was on a roll, again pushing on and improving further to secure a 6th place finish on the XCC, earning a front-row start for the XCO.

Into the last race of the shortest ever World Cup season, the Mondraker rider had saved the best till last on Sunday in the Czech Republic.

McConnell formed part of the group closely chasing the runaway leader Ferrand-Prévot, riding in sixth as the group behind her faded away in the fast pace on the somewhat dryer track that had been altered from the first round, cutting out one of the climbs. She moved into 5th on lap 3 ahead of XCC winner Evie Richards then traded places with Laura Stigger – two of the youngsters who had left their mark on this extraordinary World Cup.

Bec established herself in fourth place before XCO1 winner Loana Lecomte in third on the penultimate lap, but the super-fast pace meant fourth was hers, for a great podium to finish the week.

The next – and only remaining – major cross-country race for Bec, husband Dan and the Primaflor-Mondraker-XSauce team is the UCI World Champs in Leogang, Austria this week. The XC Worlds run parallel to the DH Worlds where the MS Mondraker team will race their Mondraker Summum looking for gravity glory while the XC team search for more podiums on their F-Podiums.